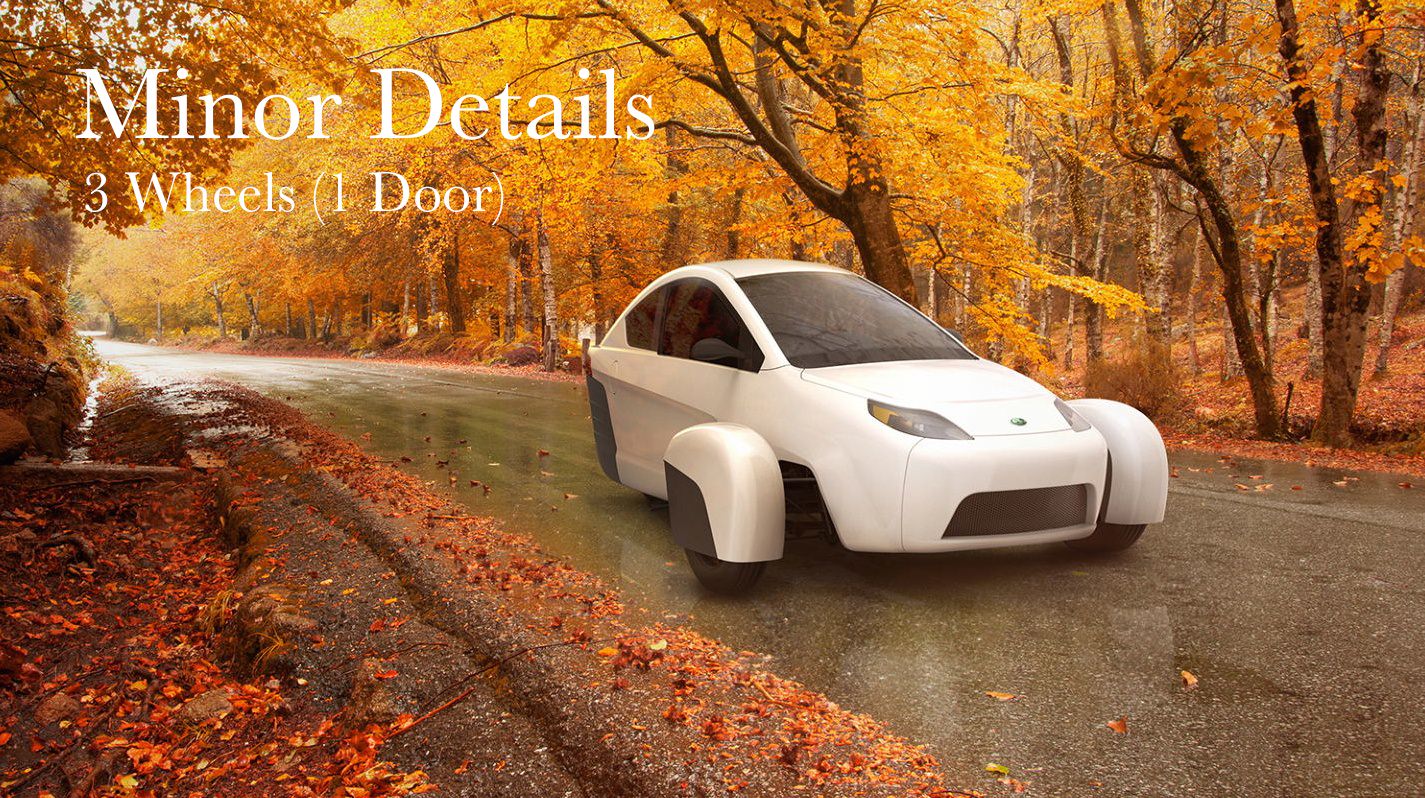 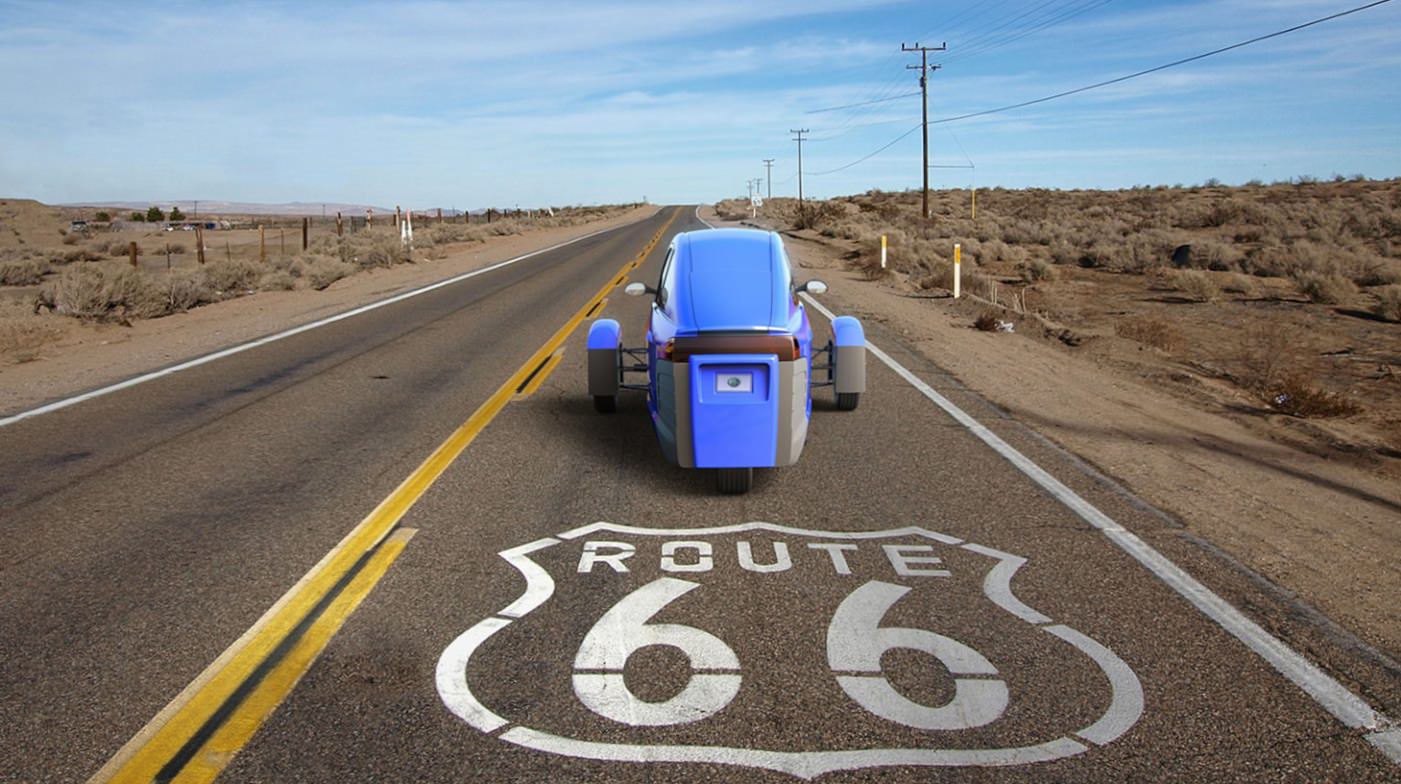 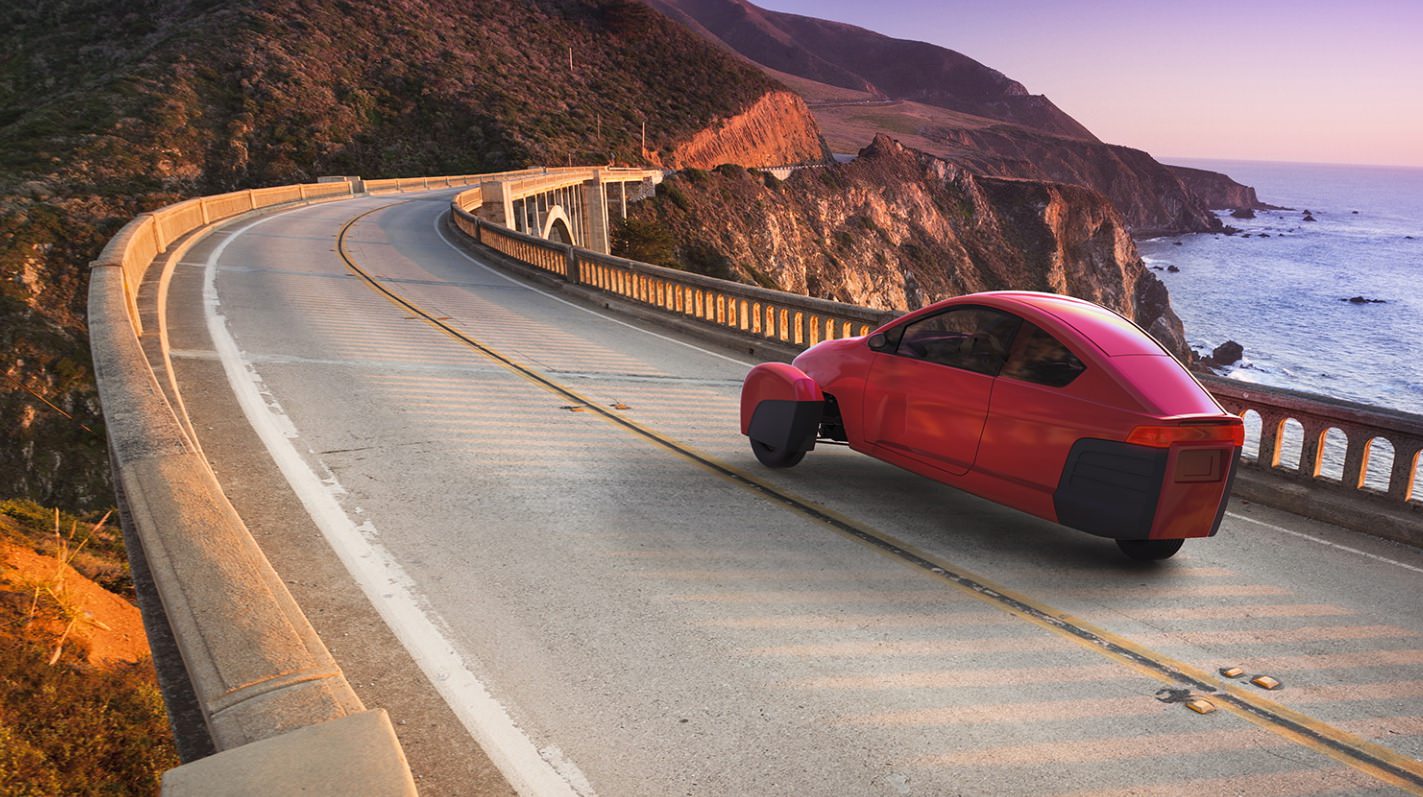 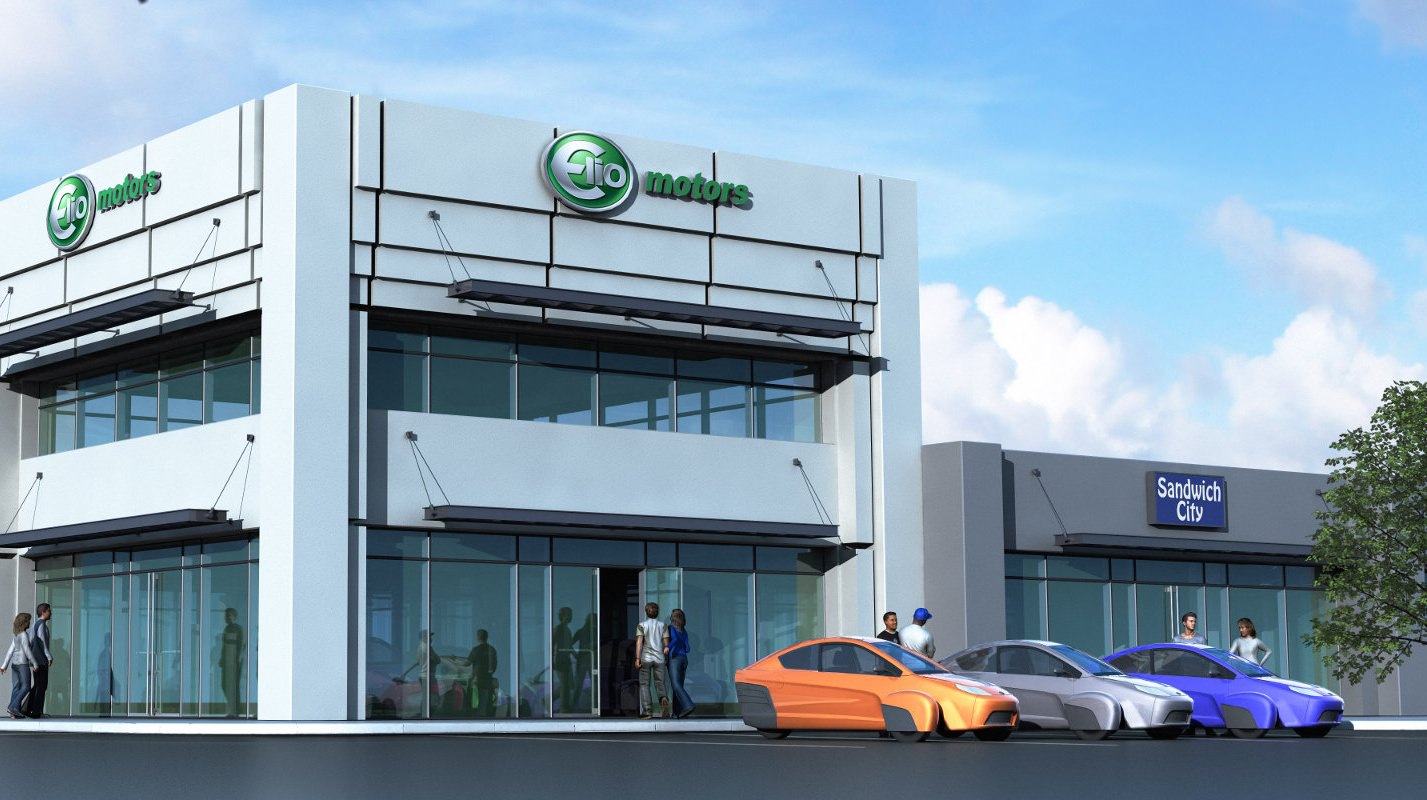 It’s All in the Details
Sometimes changing one thing, changes everything.

Details matter, and sometimes changing one thing changes everything. A new company out of Phoenix, Arizona called “Elio” is proposing a new kind of automobile. They promise a car that is half the price and weight of a Honda Fit, with fuel economy that will top a whopping 84 mpg. How is this possible? It seems that rethinking the things you take for granted can get you unexpected results.

This three-wheeled wonder is a small, light, basic vehicle that will begin production in Louisiana next year. 27,000 people have already pre-ordered their vehicle, and even though planning and development are still underway at head quarters, the start-up is picking up steam as they begin to meet their production deadlines.

Because the Elio has only three wheels, two in the front and one in the back, it is officially classified as a motorcycle. The Elio founders explain that it has all of the safety features of a car, including anti-lock brakes, airbags, and an enclosed cabin, and that drivers will not need to wear a helmet despite its vehicle designation. The odd-ball shape has many benefits, including cost cutting and fuel economy improvements. Let’s see what is different and how it takes driving to a new level.

What do we gain from this design?

The Elio’s cabin is slender and long, seating the driver dead centre with the passenger directly behind them. They sit very low to the ground with a total vehicle height of just 54 inches. The small 0.9-litre engine reaches a top speed of over 160km/h while sipping only 84 mpg on the highway and 49mpg in the city.

Aside from increased agility though its light weight and balanced design, the Elio’s layout allows for cost cutting that is passed on to the consumer. One striking cost cutting measure is that the Elio has only one door for both driver and passenger and it is on the left side for curb access. Having only three wheels saves some dough as well, and all extra features (like GPS navigation and blind spot detection) must be ordered separately at extra cost.

It is worth the trade off?

It definitely looks like there is a trade off in general usefulness, comfort, and storage space with the Elio, but will it keep this new vehicle class for taking off? Time will tell. It is expected to start life as a secondary car for most customers. They can keep their truck or SUV and have an Elio in the garage for when they want to zip around town on the cheap. Over time, if the practicality and usability are as strong as the founders hope, it could win over small car buyers and take some market share from Smart and Mini Cooper. Elio plans stores in 60 metropolitan areas and hope to capitalize on first time car buyers who are on a budget but are tired of long public transit commutes.

Elio By The Numbers

0
Door
0
Wheels
0
HP
0
Litre Tank
0
MPG
0.5k
Start Price
Want to restore your vehicle for less than the cost of your deductible? Bring back that new car shine!
Get a Free Quote!
© 2019 Island Detail and Color. All Rights Reserved. Design by qDesigns.
Close search
Back To Top
×