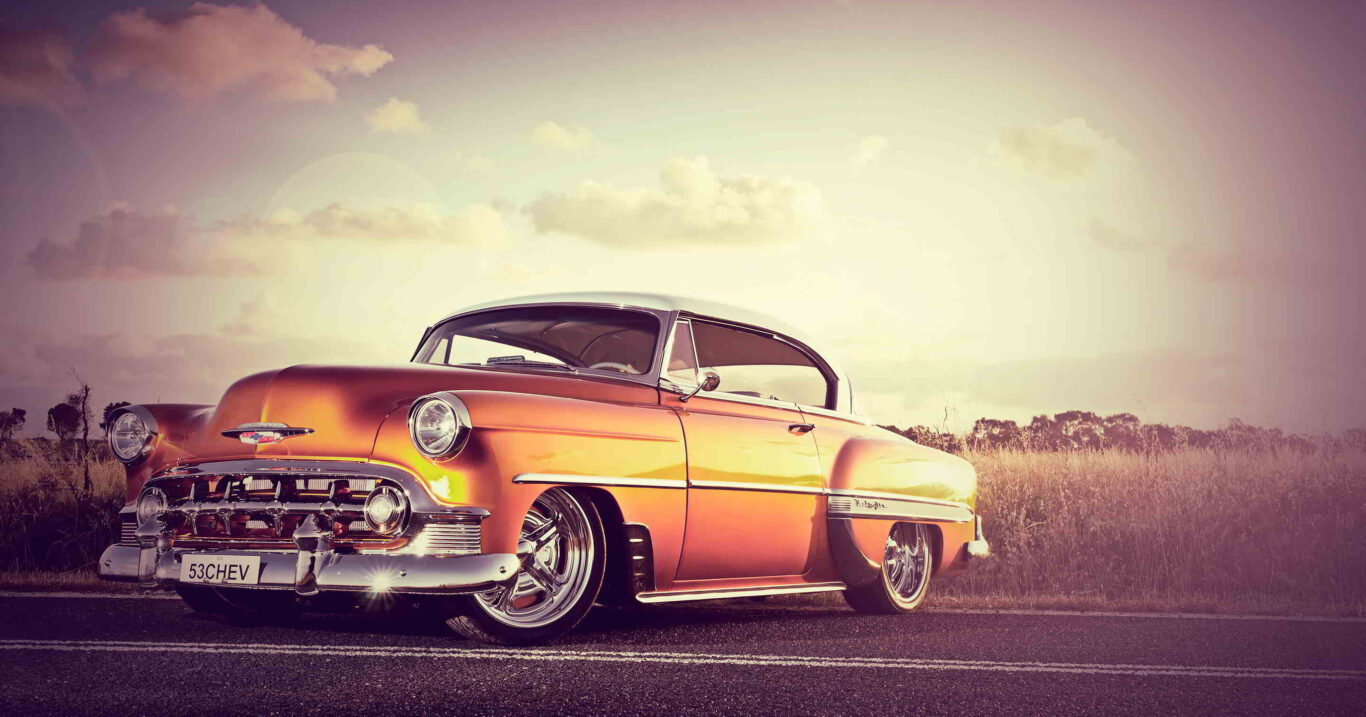 A Brief History of Automotive Paint

Automotive paint has come a long way in the last 100 years; here is a concise history of the changes.

The first thing that most of us notice when we see a car is the paint job. The colour is important, but we also immediately notice the finish, whether it’s a beautiful high gloss or a modern matte finish.

Like most vehicle components, automotive paint has undergone a continuous evolution since the early mass production of cars at the beginning of the 20th century. Modern products, equipment, and methods barely resemble what was being used in the ‘20s, so let’s take a look at how automotive paint has changed over the years.

In the beginning, people painted automobiles exactly the same way they painted horse-drawn carriages. They used natural bases, such as linseed oil, and natural pigments. Vehicles were painted by hand with a brush and required multiple coats. Each coat took days to dry, so the entire process was extremely slow.

In 1923, the DuPont chemical company revolutionized automotive paint with their development of nitrocellulose lacquer paints and primers. This new tech sped up both the application time and the drying time, greatly accelerating the assembly line.

These paints were sprayed, rather than painted with a brush, and required labour intensive hand polishing to smooth out the finish and create a glossy look. The other downside was the paint’s vulnerability to petroleum-based solvents, such as gasoline. Repeated exposure to liquid gas would damage the lacquer finish, requiring frequent refinishing.

Alkyd enamel paints were introduced to the automobile industry in the ‘30s. Enamel paints are thicker than lacquer paints and require fewer coats (and therefore fewer drying periods). This paint is much more resistant to solvents, like gasoline, and just generally tougher. The main drawback of enamel paint is how quickly it oxidizes when exposed to sunlight. In some cases, the colour could fade in as little as a few months.

The acrylic enamel paints developed in the ‘60s significantly improved on the durability of alkyd enamel paints and offered a greater range of vivid colours and finishes.

A new concept of automotive painting was introduced in the ‘70s: known as the “basecoat” or “clearcoat” method. The revolution was that instead of the pigment being exposed to the elements, manufacturers would seal the pigment layer underneath a protective, transparent layer of clear coat. Paint manufacturers also began including UV inhibitors in the formula to protect the clear coat and pigment layers from solar radiation.

Initially, this system was only used on high-end vehicles. By the ‘90s, the system was almost universally adopted by the industry. Initial problems with this system were peeling clear coats, so beware of this issue if you own a vehicle from the ‘70s or ‘80s with its original paint.

Most modern automotive paint uses the same fundamental idea of the paint developed in the ‘70s: a primer, a pigment, and a clear coat. The major developments that we have seen mostly has to do with quality and durability of the products, as well as a wider range of colours and finishes.

Just as engines suspension systems have developed over the years, so has paint. When it comes to automotive paint, there is much more than meets the eye. When you need paint repair, it’s important that you find people who understand the technology they are working with and how to get a flawless result. Island Color has been Vancouver Island’s auto paint experts for over 20 years – click here to get in touch, or here to learn about our services.

Want to restore your vehicle for less than the cost of a body shop? We'll bring back that new-car shine!
Get a Free Quote!
© 2022 Island Detail and Color. All Rights Reserved. Design by qDesigns.
Close search
Cart
Back To Top