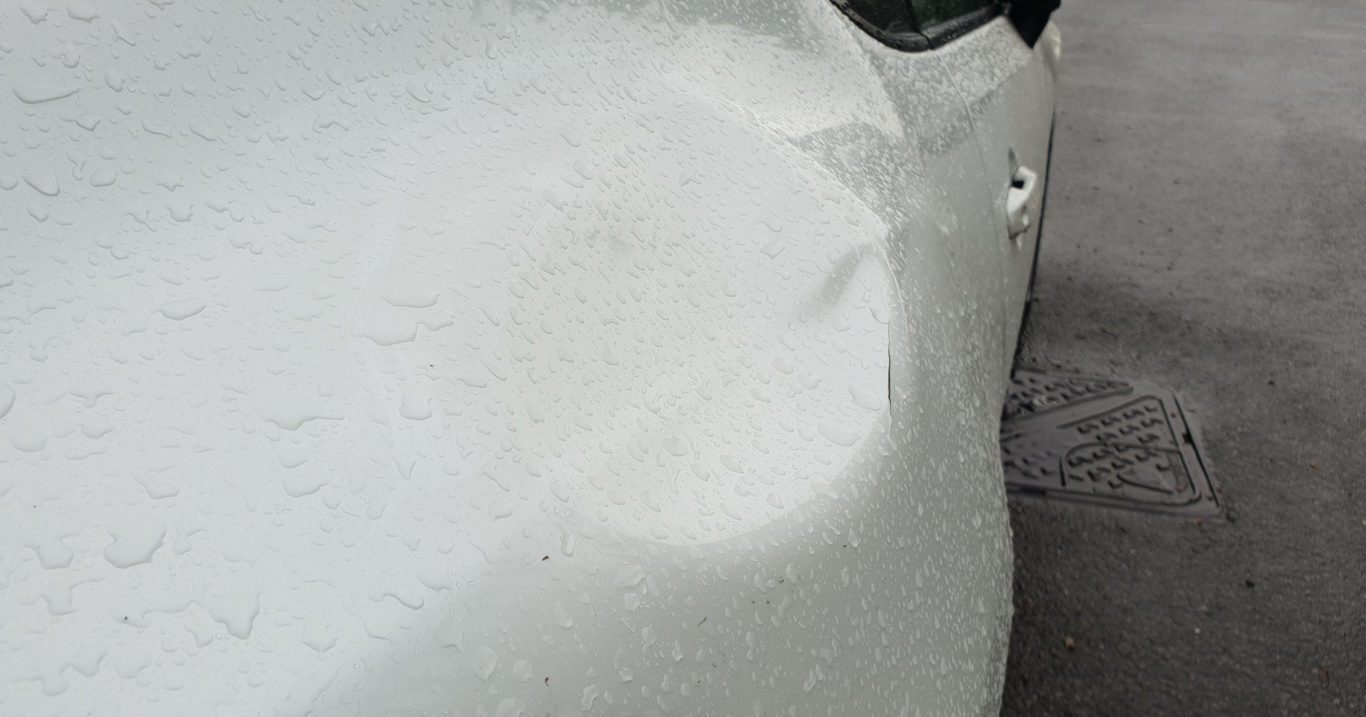 The best time to repair damage was right after it happened, the second best time is now.

Dents and dings are inevitable for anyone who spends enough time on the road, and chances are, your vehicle has one or two. We know that even motorists with the best of intentions can procrastinate dent repair, some people even believe it is strategic to wait until there are several dents that need fixing, rather than getting each dent fixed as they happen.

For all vehicle owners, it is crucial to know the importance of dent repair – especially when we are approaching winter. The cold weather – even the mild winters we typically experience in Victoria – accelerates the damage caused by dents and dings. This is why it’s so important to get damage fixed before winter, and the process couldn’t be easier – just snap a pic of the damage and send it to us, we will get back to you with a quote. Read more here.

Thankfully, us lucky folks on Vancouver Island don’t have to deal with the same frigid temperatures and deep snow that other Canadians endure every winter. That being said, what we do have to deal with is rain. A lot of rain.

The heavy rains and general wetness that we experience on Vancouver Island can wreak havoc on your vehicle, especially if you have a dent, ding or scratch. Most dents involve some degree of paint damage; sometimes you see obvious scratches or gouges but sometimes the damage is imperceptible.

When it rains, water will seep through these imperfections where it will meet the raw metal of your car. At this point, the metal will oxidize and start forming rust. Because this process happens below the surface, it can be difficult to spot before the damage has spread and the integrity of the body panel is compromised. This is why it’s so important to get damage – even seemingly minor dents and dings – fixed as soon as you can.

Even though we don’t get the same type of “cold” as our compatriots in Calgary or Ottawa, the cold climate affects the auto body repair process. When the metal is cold, it’s possible to accidentally cause cracks in the metal while pulling out a dent.

Knowledgable shops, like Island Color, defend against this by gently warming the metal before pulling out a dent. Heating the metal too much could cause warping, so it’s important that this process only be undertaken by experts.

When performing dent repair and other forms of auto body work, there are many surprising factors that can influence the result. That is why it’s so important to choose a shop with a reputation for flawless work.

The Time is Now

The days are getting shorter, the temperatures are dropping, and the rain is setting in. The best time to fix vehicle damage was right after it happened, and the second best time is right now. Don’t delay, get in touch with Island Color for a quote and we can get started repairing your ride.