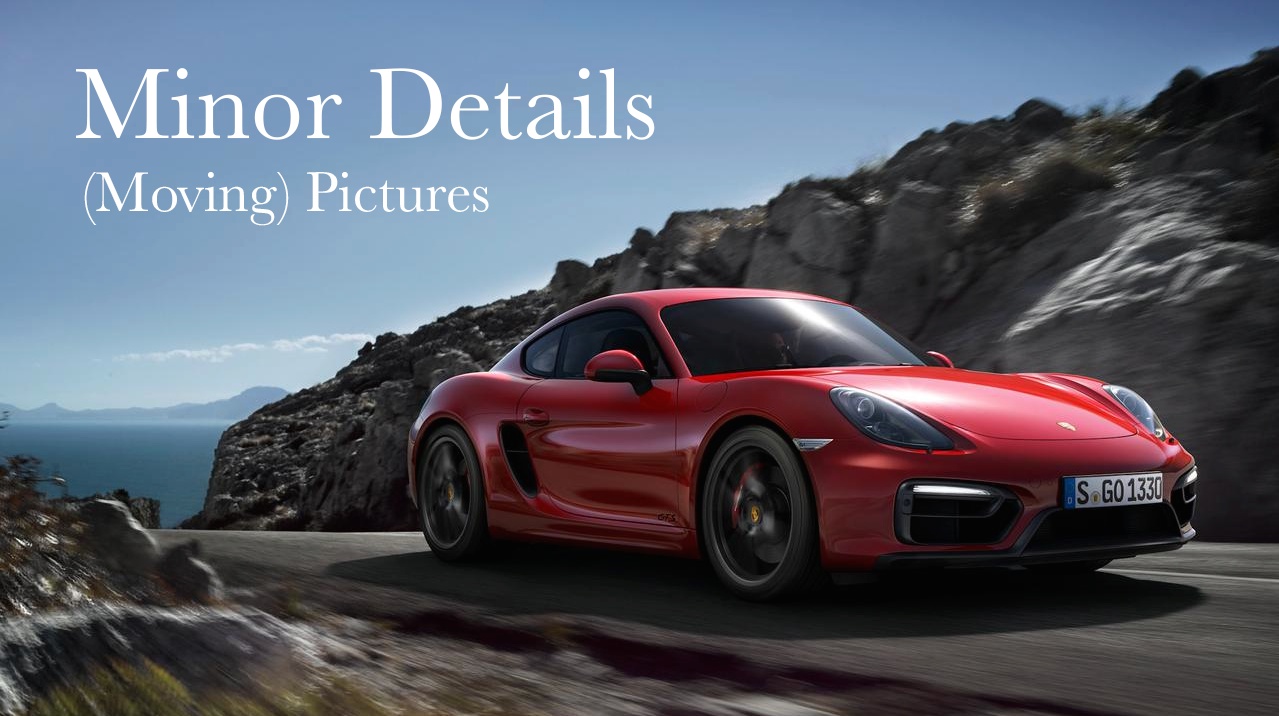 Porsche makes the most recognizable cars on the road today. Their aggressive shape and read engine design has remained unchanged for so long that a lasting impression has been burned into the minds of everyone who had a 911 poster on their wall as a child. How do you advertise such an iconic image? Can you show a side of the brand that has never been seen before?

This is just our style; Change one thing to change everything and bring out the best of life. Here are the Porsche cinemagraphs with captions, click here to find more.

“Porsche designers have never chased the latest visual trends. Instead they focus on creating timeless beauty that supports the performance at the heart of every Porsche. The cues that define each Porsche model are carried from one generation to the next; each car reveals its lineage just as a child inherits features from its parents through DNA. This continuity is exemplified by the 911 Targa, an utterly contemporary interpretation of more than 50 years of 911 heritage.”

“Involved drivers want a healthy two-way relationship with their car, with both sides communicating, listening, and responding. Every Porsche delivers this symbiotic relationship between car and driver, telegraphing everything that’s happening between the tires and the road, and reacting in kind.”

“When Porsche adds the GTS badge to any of its models, the driver can be confident that lessons learned in competition have been used to extract pure performance and maximum pleasure on the road. Cayman GTS is no exception, delivering more power, stronger brakes, and improved grip for an exceptional sports car driving experience.”

“Porsche drivers benefit from the hard-earned lessons learned on the world’s racetracks, where time spent in the pits fueling up is time lost on the track. Efficiency is an essential component of maximum performance. The 918 Spyder harnesses state-of-the-art hybrid electric drive, plug-in technology, and V-8 power to deliver immense performance with minimum consumption.”

“The 911 Turbo takes you from wherever you are to wherever you want to go, seemingly in the blink of an eye. Its advanced technology includes adaptive aerodynamics that automatically deploy front and rear spoilers at speeds above 75 MPH to increase downforce while minimizing drag. When the Sport Plus mode is engaged for spirited driving, the spoilers extend further for maximum downforce, enabling the driver to harness the immense output of the most powerful road-going 911 ever.”

Follow Us
Categories
Recent Posts
Latest Projects
Want to restore your vehicle for less than the cost of your deductible? Bring back that new car shine!
Get a Free Quote!
© 2019 Island Detail and Color. All Rights Reserved. Design by qDesigns.
Close search